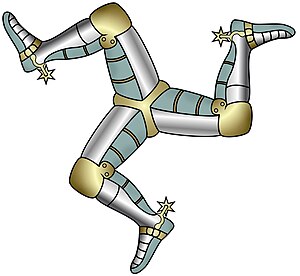 The native Manx language is enjoying a resurgence in the Isle of Man presently though English is the official language. One of the celtic languages, Manx descends from Irish/Scottish and Norse and it’s last native speaker Mr. Ned Maddrell died in 1974. In 2009, UNESCO declared it to be one of the 200 recent dead languages to much outcry from the island. This declaration was shortly rescinded after Chief Minister Tony Brown and several Manx-speaking children wrote letters protesting to the contrary. Modern Manx owes its survival to the Irish actually: in 1947 Eamon De Valera travelled to the Isle of Man from Ireland and made recordings of Mr. Maddrell whom he met during his stay. These were sent back to the island in a crate in 1949 and are today digitised and transcribed.

Spoken Manx has a sweet lilt to it when overheard and can be learned on the island in either the Bunscoill Ghaelgagh  at St. John’s or through adult classes offered. The comprehensive website LearnManx has listings of current classes, reference publications for adults and children, video and audio clips of pronunciation and fun games to brush up on vocabulary. You could also swing by the National Library Archives in Douglas for reference materials. If you’re outside the island and want to get the basics or brush up, Adrian Cain  and the animated Manannan  will keep you up to scruff. If you’re more advanced, ManxRadio features a bilingual programme on Sundays entitled Claare ny Geal.